Fort Visapur was built during 17th century by first Peshwa of Maratha Empire. The fort is adjacent to Lohgad fort and built much later than it. But the Visapur fort is much larger in size and constructed to guard Lohgad fort.

From Malvali gaon:
i) Follow the route going towards Bhaje caves. Proper concrete staircases built on the route. Once you reach to ticket counter of Bhaje caves, follow the route behind ticket counter; ascending the same hill. This route is quite confusing as many routes open up on the hill. Always follow the route going towards top.Once you reach on the hill top, you will see two abandoned huts. Also towards right direction to some distance, you will see small wadi of 7-8 homes. From this point , you will see west side of fort. You need to climb small hilly, jungle path. This route is well trodden so no chances of loosing the way. From this route always follow the route going in ascending direction. Stony route will greet you at the end. And finally the
hanuman statue carved in rocks will lead you to the top of fort.

ii) Another route is from Gaymukh khind. Follow the route from Malvali gaon to Lohgad . Once you reach the Gaymukh khind( It is exactly in between Lohgad and Visaput fort), take left route. This route will take you to the fort from south gate.

From Patan gaon:
From Malvali station, Once you crossed the over bridge on Pune-Mumbai express highway, turn towards left. This route will take you to the Patan village. This route is well trodden and easy. The route will eventually meet to the route from Bhaje caves.

What to see:
Impregnable side walls on the western side of fort is unique structure to watch. Most of the structures are in destroyed condition. There are many water cisterns on the fort. Fort entrances are completely ruined. Chilkhati buruj on the eastern side still boasting its solid position to keep watch on ancient trade route. 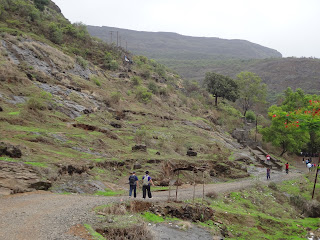 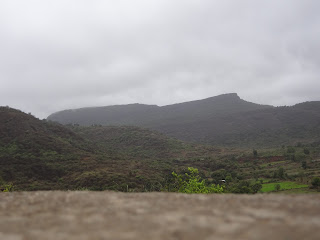 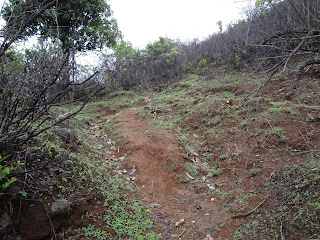 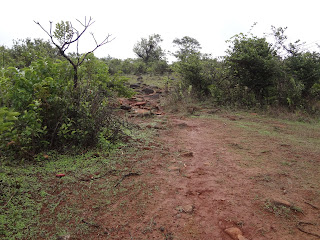 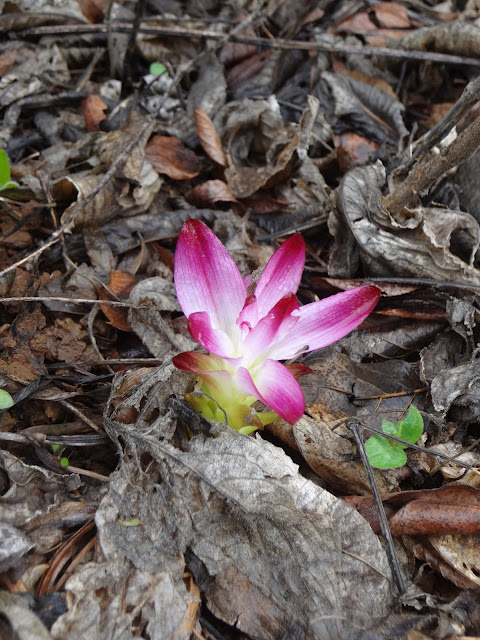 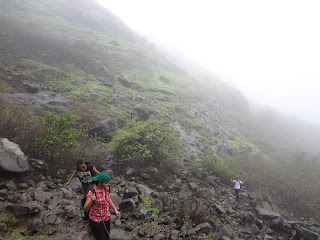 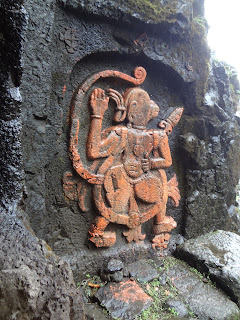 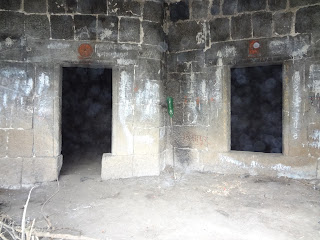 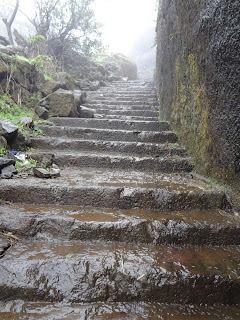 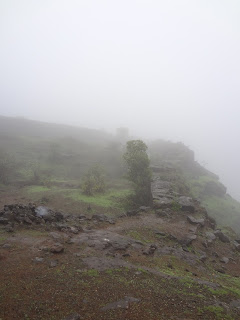 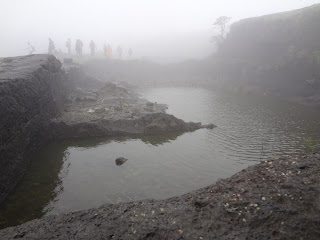 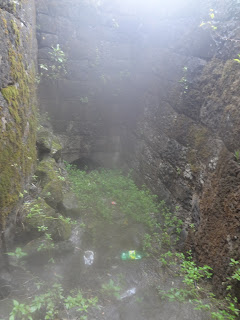 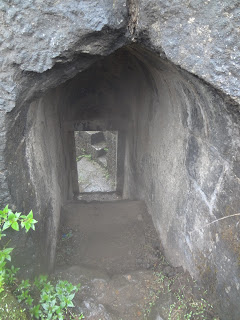 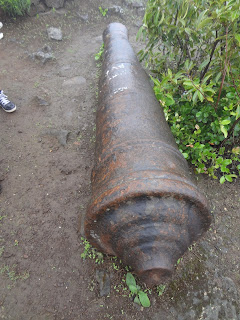 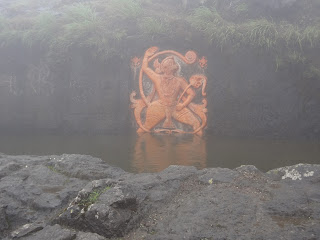 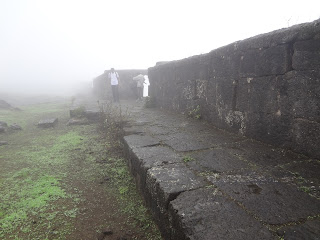 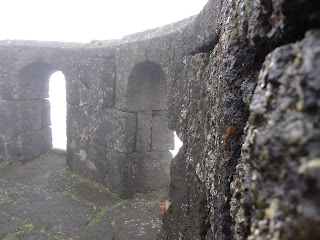 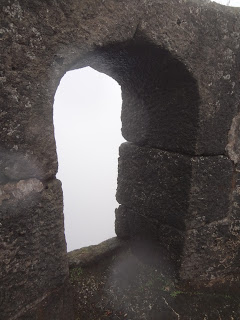 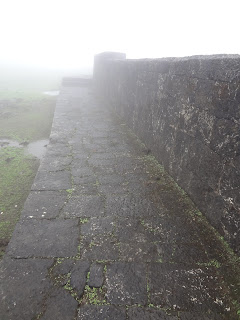 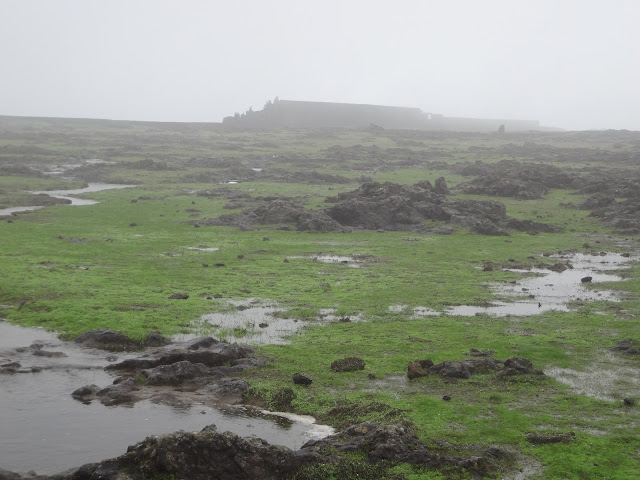 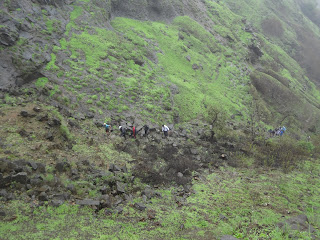 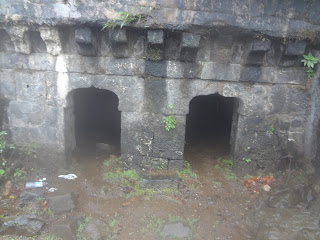 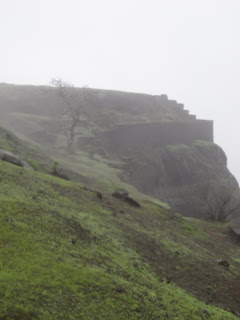 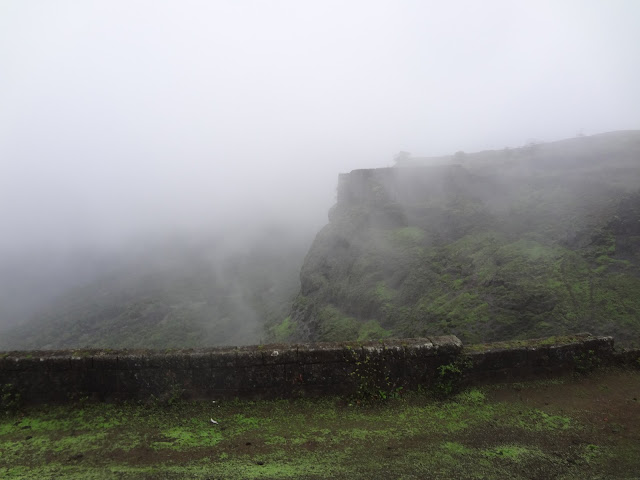 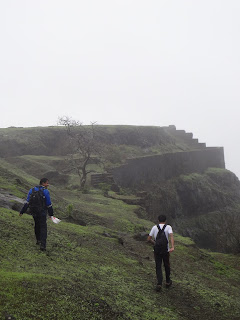 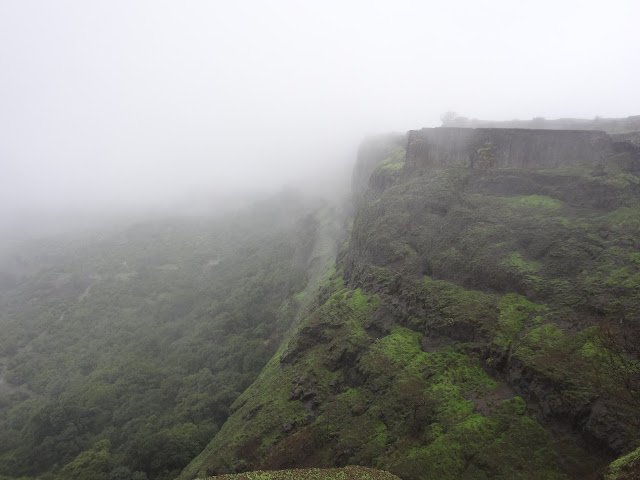 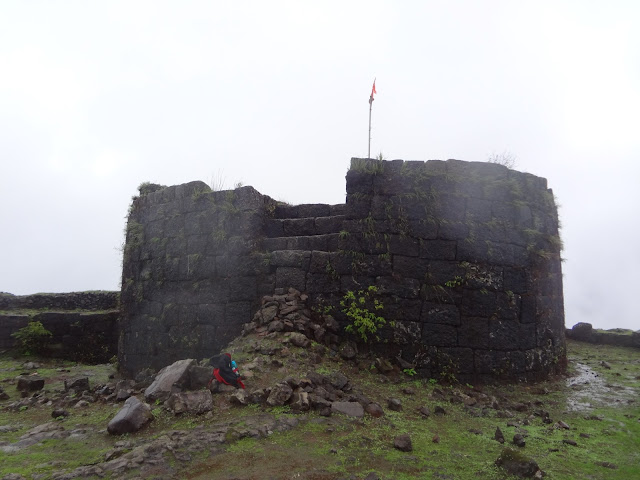